“Sometimes over supper, when Jim got home after a storm, the kids would describe their escapades in the water and mud, and Jim would recount his vast store of water lore and water history. Once the world was nothing but water, he explained, and you wouldn’t think it to look at us, but human beings were mostly water. The miraculous thing about water, he said, was that it never came to an end. All the water on the earth had been here since the beginning of time, it had just moved around from rivers and lakes and oceans to clouds and rain and puddles and then sunk through the soil to underground streams, to springs and wells, where it got drunk by people and animals and went back to rivers and lakes and oceans.

The water you kids were playing in, he said, had probably been to Africa and the North Pole. Genghis Khan or Saint Peter or even Jesus himself might have drunk it. Cleopatra might have bathed in it. Crazy Horse might have watered his pony with it. Sometimes water was liquid. Sometimes it was rock hard – ice. Somethings it was soft – snow. Sometimes it was visible but weightless – clouds. And sometimes it was completely invisible – vapor – floating up into the sky like the souls of dead people. There was nothing like water in the world, Jim said. It made the desert bloom but also turned rich bottomland into swamp. Without it we’d die, but it could also kill us, and that was why he loved it, even craved it, but also feared it. Never take water for granted, Jim said. Always cherish it. Always beware of it.”

-Jeannette Walls, from Half Broke Horses 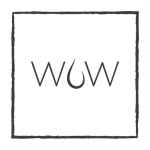